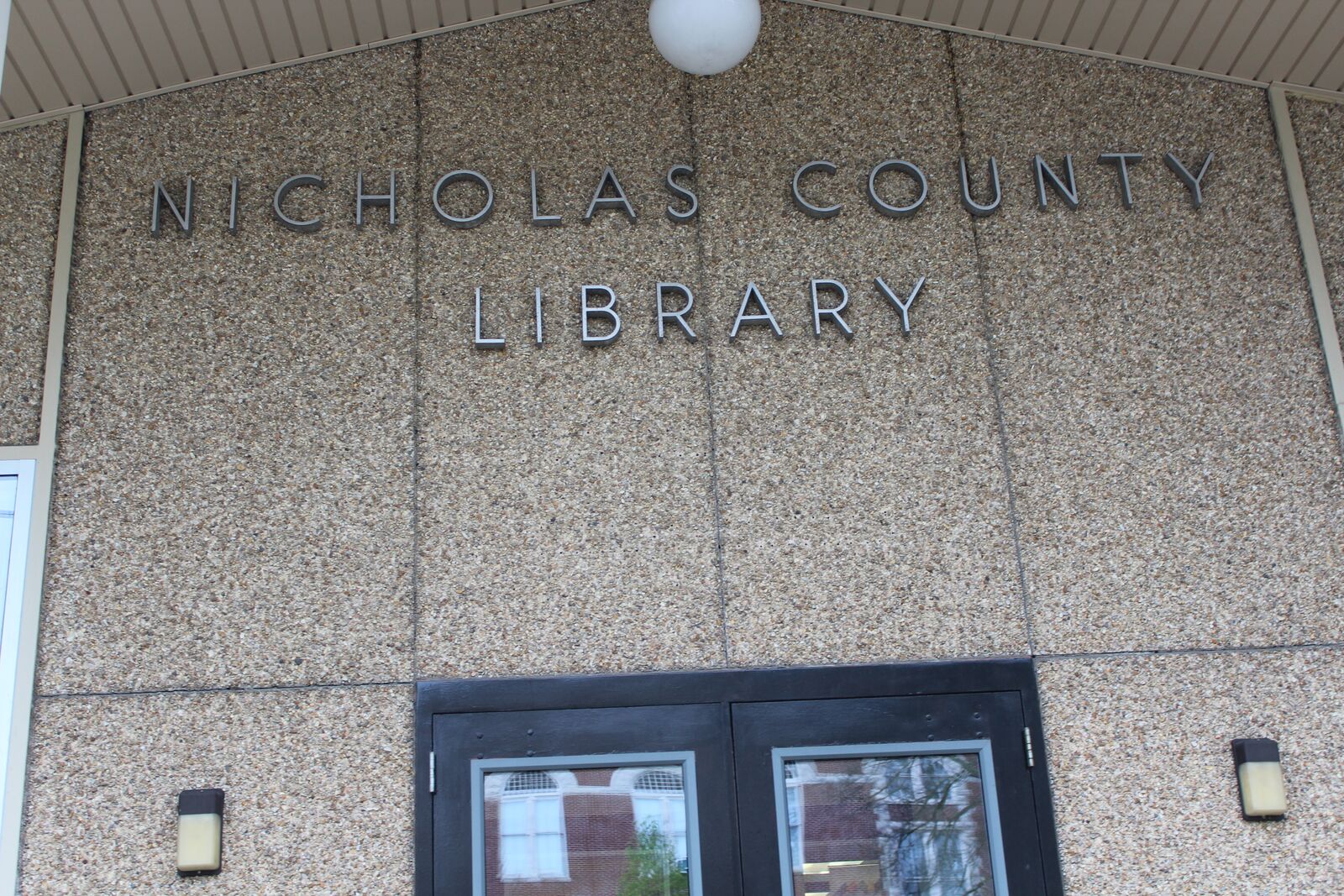 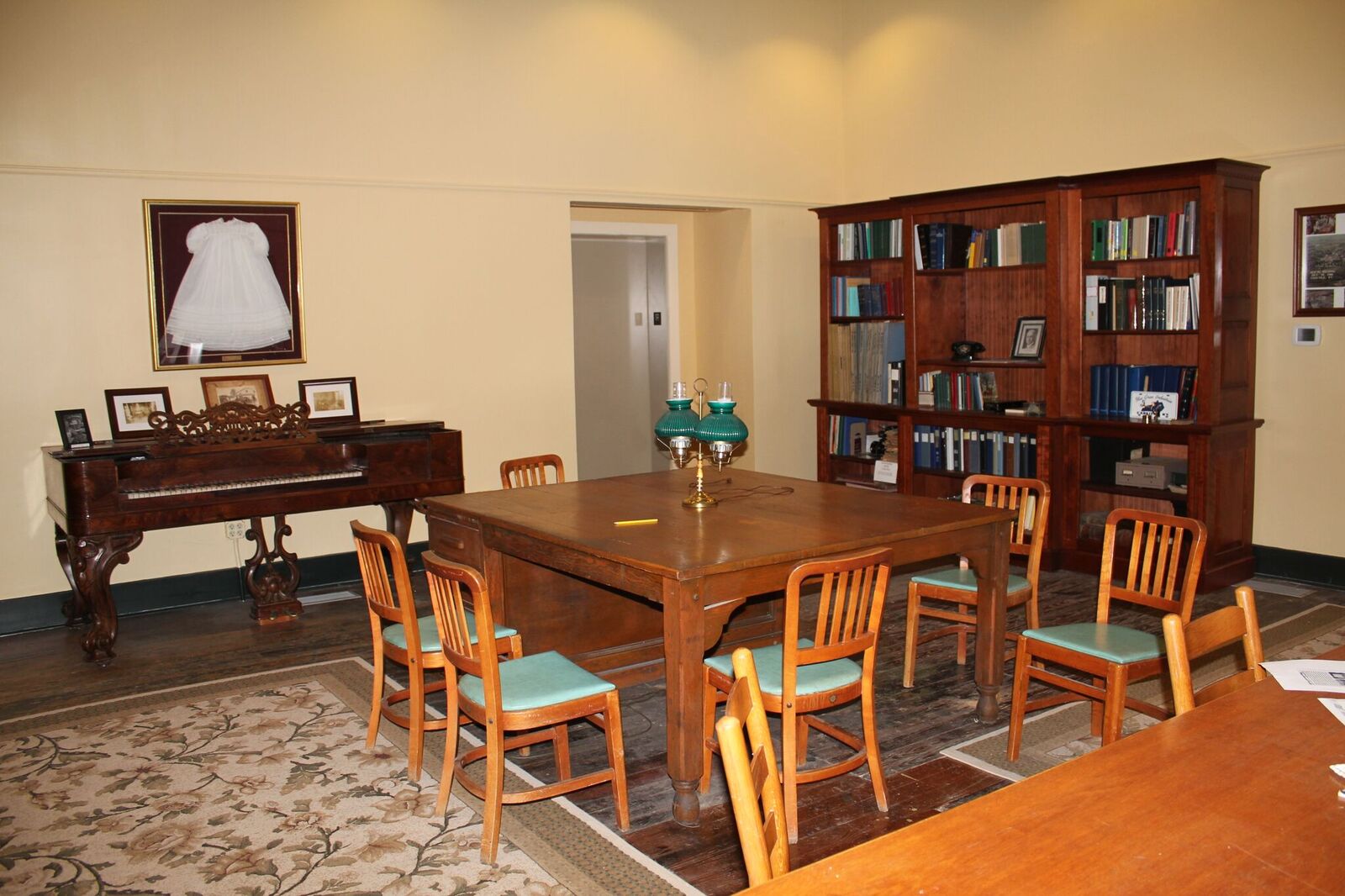 The Historical Society has hardbound copies of the Carlisle Mercury from 1914-1992 available for research. Other requests for research of Carlisle and Nicholas County History can be made by special request and appointment by contacting the museum and requesting materials. 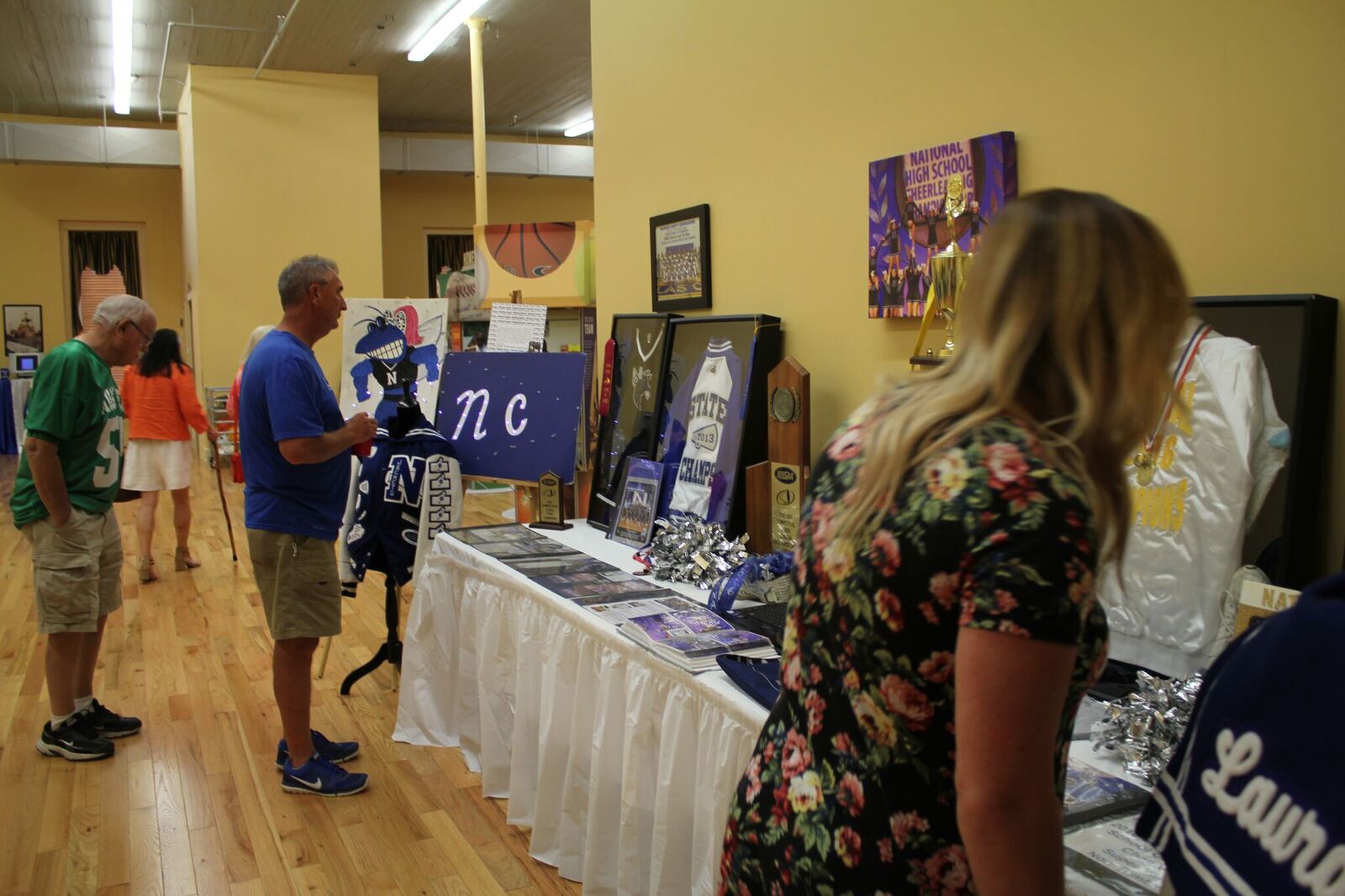 Discovery Tours for children are available during museum hours. Veterans Day “Windows of War Exhibit” has over 300 students attend each year to learn the history of Veterans from the Civil War to the present day. We hosted a Smithsonian exhibit, Hometown Teams, back in the summer of 2017. We had almost 2,000 visits to the exhibit and many people were nostalgic upon seeing their teams memorabilia in the museum. We also have several pop-up museums located around the courthouse. We currently host a Jockey Museum (highlighting the history of Jockey International in Carlisle, KY), a Veteran’s display, and a quilt museum. We can also work with you to create lesson plans for your children that go along with Common Core requirements. 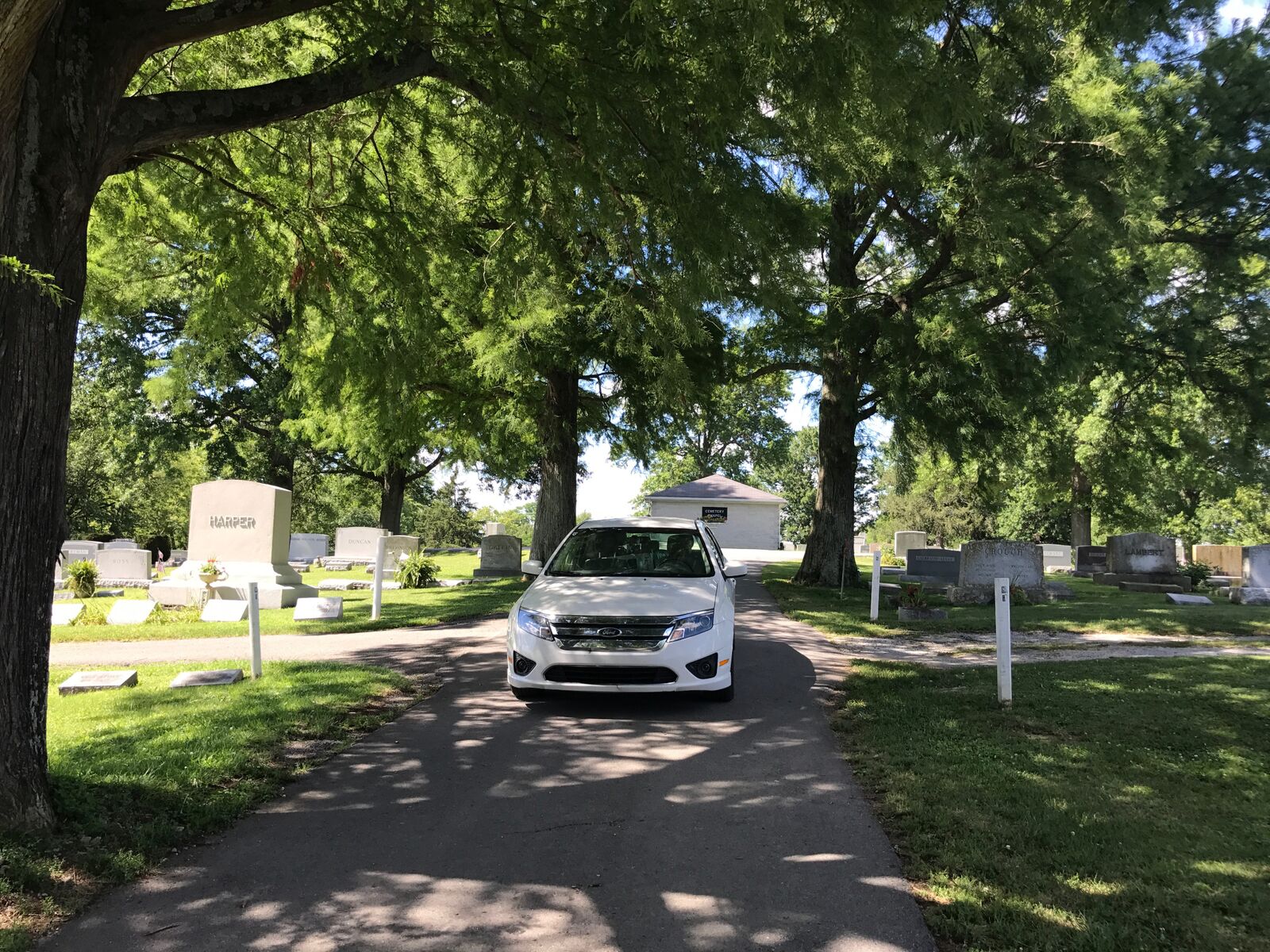 The oldest section of the Carlisle Cemetery lies adjacent to the cemetery's present location on West Main Street. According to Perrin's History of Nicholas County, the land was part of General (later Governor) Thomas Metcalfe's farm. In 1821 a small boy, Willie Smedley, died accidentally, having pulled a coffee pot full of boiling coffee over his head. The grieving family, wanting to have the child's burial place close to their home, secured Metcalfe's permission to use that portion of his land. Later, the City of Carlisle acquired the land for a cemetery.

The newer section of the cemetery came gradually into use in the 1860's. It is estimated that about 10,000 people now lie there. A War Memorial near the entrance to the cemetery honors county service personnel from the First World War and subsequent conflicts. 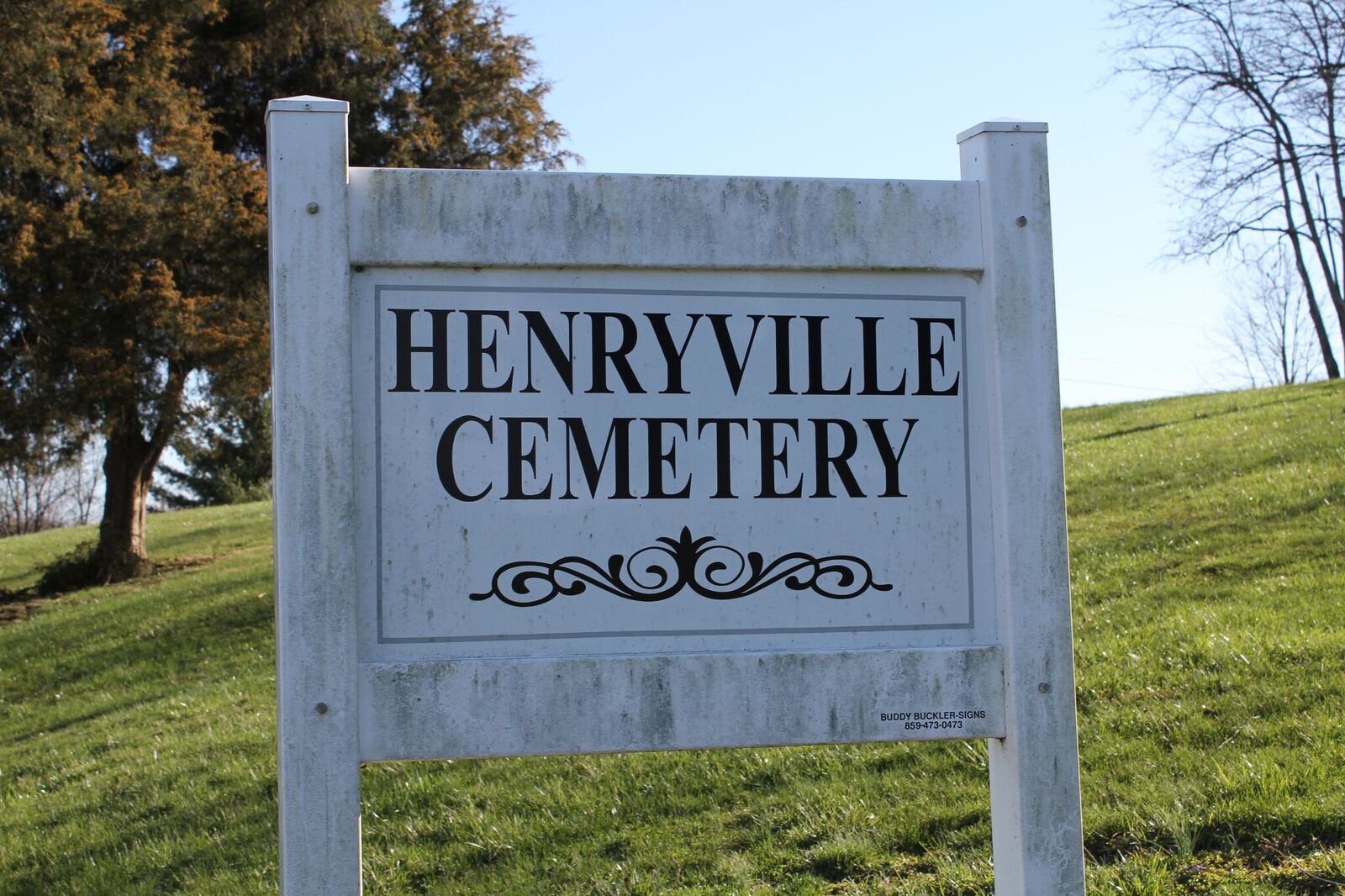 The cemetery holds 639 grave sites. Reverend Ernie Carmicle who served from 2003 – 2008 at the Carlisle United Methodist did a lot of research about the Henryville Cemetery, grave sites and people buried there.

At one point Henryville was a good size town with over 300 people.  Over the years people had died and others had moved away until there were few people left to keep the cemetery cleared.  To date 36 grave stones that had fallen over have been re-set with new poured foundations. Local Funeral Director Brent Gaunce has been a big supporter and shared his expertise on how to glue broken grave stones back together and level them so they can be resurrected.  He also helps with burials at the newer section of the Henryville Cemetery today.  Efforts are underway to get plots laid out in the new area.  (11) graves are there so far, all neatly lined up.  About 350 or so plots are available in the three acre lot that runs over to Spring Valley Road.

The group plans to continue fund raising to eventually add a chapel and parking lot to the site.  They also have another 30 – 50 feet deep area past the top of the hill to clear that is overgrown. They hope that more former Nicholas County residents will come back to visit family grave sites and perhaps come back to Carlisle to live.  The CME Church each year has its homecoming the last weekend in September to celebrate Old Land Mark Days.

The Cemetery holds a lot of history for Nicholas County. There are slaves buried there who died in the 1880’s, and (16) Civic War Veterans along with veterans from WWI, WWI, the Korean war and Vietnam. According to records, the youngest soldier to enlist in the civil war was from Carlisle and is buried at the Henryville Cemetery.  Talbert Boyd was born in 1850 and joined the Army in 1864 at the age of 14.  He served in the 100th US Colored Infantry; a unit that fought in the Battle of Nashville in 1865. The oldest man buried in the cemetery is George Wesley but in 1828, died 1935.  The oldest woman was Dicey Wilson born in 2807, died 1920.  The oldest Civil War soldier was Levi Riggs, born 1818, died 1920.  Several people died and were buried after influenza epidemics in 1904 and 1920.
The group has begun documenting the cemetery and graves with the 3 rind binder available at the Carlisle-Nicholas County Library and it’s also online if you Google Henryville Cemetery, and they are working on a Facebook page.
Anyone wanting to donate time or funds can call or text Ray Compton at 859-749-4968 or Ben Sharp at 859-967-4930.